Average earnings continue to increase slowly after stalling earlier in the year, however the year-on-year increase is the slowest for over 15 years. 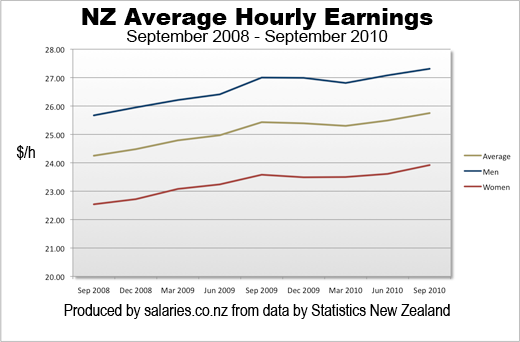 Salaries are likely to struggle to keep up with inflation over the next reporting period as GST increased to 15% in October, however income tax cuts which also came into effect in October give all workers a boost in take-home pay to compensate.