Average pay in the quarter to June 2010 is still about the same as it was nine months earlier. However there has been a slight up-tick in earnings since the March 2010 quarter, and average earnings are just over 2% higher than during the same period last year. 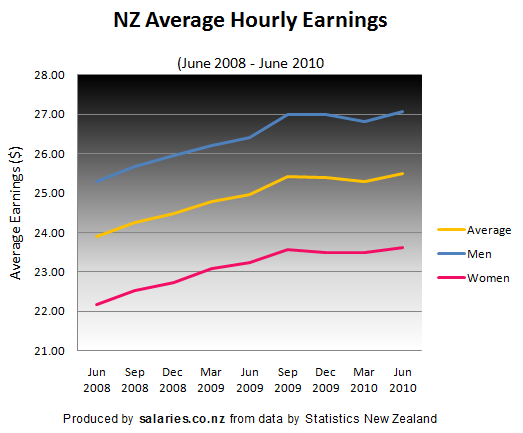 *Total earnings include overtime and benefits